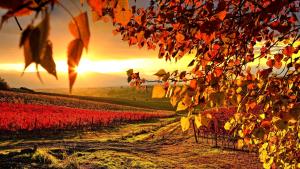 Kermit Boggs Sr., 94, of Lancaster, passed away October 13, 2021 at Landmark of Lancaster. He was preceded in death by his loving wife, Martha Joseph Boggs. Kermit was born on September 8, 1927 in Leslie County, KY to the late Levi and Bertha Day Boggs.

He was a truck driver for many years. Later in life, he was Garrard County Deputy Jailer for over 12 years. His passion was serving the Garrard County community.

Kermit was a member of Church of Christ in Leslie County, KY.

Along with his wife and parents, Kermit was preceded in death by a son, Kermit "Frog" Boggs Jr., four brothers, Homer, Lee, Henry J., and Dillard Boggs; and two sisters, Mallie Baker and Carrie Deaton.

Funeral services will be held at 1:00 PM on Sunday, October 17, 2021 at Spurlin Funeral Home of Lancaster with Bro. Gary Maggard officiating.

Burial will be at Dix River Church of Christ Cemetery in Stanford, KY.