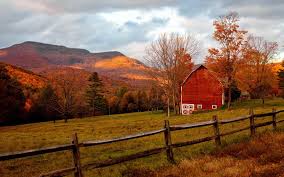 Kenneth Prewitt, 81, of Lancaster, passed away Sunday, November 1, 2020 at Hospice Compassionate Care in Richmond. He was born on May 28, 1939 to the late W.T. “Dub” and Nellie Sebastian Prewitt. He was preceded in death by his beloved brother, Bobby Prewitt. He was baptized at Bethel Christian Church.

Kenneth was a loving son, brother, husband, father and grandfather. He was a veteran of the US Army, where he was an outstanding marksman and ammunition truck driver. While stationed in Germany, he met his loving wife and best friend of 52 years, Rosemarie Hilgenberg Prewitt. She first noticed him because he was the only US Soldier to stop and play ball with a group of small German children. Kenneth loved children and enjoyed playing with them or doing something funny to get them to laugh. He had a great sense of humor and was always “cutting up” or joking around with someone. He loved putting a smile on a person’s face or easing a situation with a funny joke. Even in his last conscience days at the hospital, he was still joking with the nurses and doctors. He had said many times thru the years that he was living life “like all his bills were paid.”

Kenneth was the self-proclaimed Mayor of Hackley, a farmer and an excellent electrician. He started with James Anderson and Son’s and then owned and operated Kenneth Prewitt’s Electric for over 50 years. He always took pride in his work and double checked everything twice. During those 50 years, there were numerous times when he lowered the price of his work because he knew the person was in need or short on money. That’s who Kenneth was; a kind and compassionate man.

During his younger years, Kenneth was an excellent baseball player and loved hunting with his many bird dogs and fishing. He also helped restock the quail population, by raising hundreds of bobwhites, after the blizzard of 1978. In the last number of years, he was involved in raising and showing a number of rare breed pigeons and spoiling his pet chicken, Bertha. He also loved and cherished the family dog, Rascal. But he was most proud of his 2 grandchildren, Nathan and Elizabeth. He loved to brag on their accomplishments and tell everyone at Smith’s Restaurant that they took back after him. He also really enjoyed all his friends at Smith’s.

Finally, Kenneth always had a go-to phrase that he would use to start a sentence when he was trying convince his wife that he was right and had it all under control. He wouldn’t want his obituary to end without joking his wife, one more time, by saying “Let me tell you something Mrs. Prewitt. I have driven in 5 countries and all around the world ….”

Other than his wife, Kenneth is survived by his son Marc (Genel) Prewitt and 2 grandchildren, Nathan and Elizabeth Prewitt, of Berea. Two very special & caring nieces Jackie (Jay) McMurtry of Lancaster and Kathy (Steve) Smith of Paint Lick. A nephew Bobby Ray (Marilyn) Prewitt of Lancaster and 4 grandnephews and a grandniece that he enjoyed joking, laughing and spending time with through the years.

Visitation will be 12:00 PM until service time.

Burial will be in Lancaster Cemetery.